SOCIAL RERUNS
Anyone who was been involved in graphic design for many years is likely to reach the conclusion that the activity is inherently cyclical. A graphic style emerges, usually by a gradual and somewhat mysterious process. A first wave of “early adopters” notices the style and begins to use it. The new style is now fashionable. Its exponents are in the know and delight in being one or two steps ahead of their slower moving colleagues. At a certain point almost everyone notices the style and it becomes commonplace. A really successful style comes to seem like the inevitable look of its time, but in the style’s ubiquity lie the seeds of its downfall. It starts to appear trite, over-familiar and dull.
(Taken from the text ‘Social Reruns’ written for Zgraf 12.)

Rick Poynor is a British writer, lecturer and curator, and Professor of Design and Visual Culture at the University of Reading. He was the founding editor of Eye magazine in London and a co-founder of the Design Observer website. His column for the American magazine Print has been running since 2000 and his essays and reviews have appeared in Blueprint, Creative Review, Icon, Frieze, Etapes, and many other publications. Poynor’s books include Obey the Giant: Life in the Image World (2001), No More Rules: Graphic Design and Postmodernism (2003), Jan van Toorn: Critical Practice (2008) and Sergei Sviatchenko: Collages (2014).
*The lecture will be in English

LOVE TO WORK
How do I work and why do I do it?
What encourages me to create and why I like to design?
Such things can not be described in words, because they need to be seen.

Radovan Jenko is graphic designer, illustrator and professor. In 1981 he graduated in Poster Art under prof. Henryk Tomaszewski and Painting under prof. Teresa Pagowska in Warsaw. From 1981-86 he was art director and designer at Aero Design studio, and then in 1986 started as an independent designer in his own workshop, where he did work for various cultural institutions and economic companies in Slovenia. In 1991 he began teaching Visual Communication at the University of Ljubljana, Academy of Fine Arts and Design; where he recently worked as professor for Visual Communication and Illustration.In 2003, Jenko helped co-found the Brumen Foundation, an institution for promoting visual communications, which organises the Biennial of Slovene Visual Communication. As part of the foundation, for their 4th Biennial in 2009, Jenko established and became the artistic director of the International Poster Festival Ljubljana. Jenko has won several awards, including the Slovene National Award for Design, a silver medal at Art Directors Club New York, a Silver Award at Toyama Poster Triennial, 1st Award at the International Exhibition of Graphic Design and Visual communications ZGRAF, 1st Award at the Triennial of Eco Poster Kharkov; and from 2005-2013 he was awarded 6 Brumen Awards at the Biennials of Slovene Visual Communications. He is a member of the AGI, Alliance Graphique Internationale.
*The lecture will be in Croatian.

DESIGN IN ASIA AND EUROPE – examples of good practice
The lecture is about to share the cases and life experience during my design life. The design cases compromises different culture in Asia and Europe, formally, which also belongs to the field of poster, book, space and curation etc

POSTER DESIGN
Peng Peng will present their posters, that can be seen in the exhibition made for Zgraf 12. In the lecture they will give insight to the processes behind the designs. They will explain the development from where they started 10 years ago to where they are today. In the course of this they will talk about ideals, aesthetic strategies, printing techniques, working methods and ways of collaborating.

Peng Peng are Klaus Fromherz (1976) graduated in graphic design in Luzern and Leipzig, and Martin Geel (1979) graduated illustration in Luzern. Studio Peng Peng won the Grand Prix at Zgraf 11 with the work Werkbeiträge / Radne potpore, made in association with Gelinda Paganini, and exhibition on Zgraf 12 will be their first solo presentation in Croatia. Their studio, ever since they first began collaborating, has focused on the design of all forms of printed materials – posters, postcards, brochures, books – and on making videos, films and animations for installations and exhibitions.
*The lecture will be in English.
More info: www.pengpeng.ch

For more info e-mail us at zgraf12@zgraf.hr 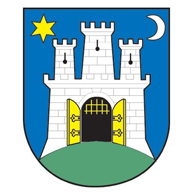